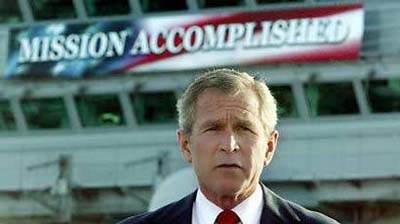 500 POSTS - I DID IT!
And just like a Belarusian election, it doesn't matter how you vote, President Lukoshenko is gonna win. This is the my 500th post and I've changed the world. I've taken on all comers, Ann Coulter, Thom Brennaman, the Belarusian electoral process, Hitler, the Pope, Domingo Paes, Karl Rove, Billy Packer, Al Jolson, the rabbi on Dateline that wanted to fuck little kids, short women, and Jews for Jesus (or as I call them, Christians), among many others. I am an amazing human being. To quote Malcolm X, "Hi, um, lemme have a Coke... medium... no fries today, thanks." Ok, it's not his best quote, but it's the one that applies most appropriately to this blog. Uh, I think I'm the fries he didn't want in that metaphor.

After I graduated college, like most people, I was a little down. Part of it was because there was no one to hear all of my pithy comments; pithy comments that NEEDED to be heard, or, at least, said. During the 2004 NFL season, Terrell Owens suddenly became an angel in the eyes of sports writers everywhere and Randy Moss was detested for PRETENDING to moon the Green Bay Packers' fans. I couldn't take how arbitrary and hypocritical it all was. Something needed to be done. So I decided to start a blog and write horrible or ridiculous things unrelated to Moss' fake moon. I must be a hero.

Generally, you get to read the second tier of horrible things that come to mind. I save the truly disturbing stuff for myself and internalize it. My family and friends are very proud. Here's to 500 more posts- and based on the first 500- at least 487 of which will suck (I still like that "Jews for Jesus are called Christians" line).

Incidentally, over the span of 500 posts, you offend a few people. I'd like to apologize to the following: short women, immigrants, Thom Brennaman, Malcolm X, fat people, Muslims, Ed Bradley, gay people, Jews, the fucking idiot who thought Super Bowl XL was Roman numerically represented as "Super Bowl XXXX," American Indians, Domingo Paes, Polish people, anyone who reads this blog, and of course to Jesus for saying that he didn't wipe his ass (think about it, they didn't have toilet paper back then!).


Thanks for reading and much love to everyone.
Posted by knibilnats at 4:33 PM

Email ThisBlogThis!Share to TwitterShare to FacebookShare to Pinterest
Labels: celebration

*applause* At LAST we find a valid reason to put up that banner. Good job for that, if nothing else.